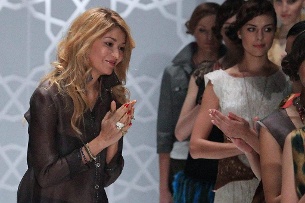 Switzerland has agreed to freeze funds in Swiss bank accounts that are suspected to be connected to the daughter of the Uzbekistan president, Islam Karimov. The decision has come on Monday after a request from the United States.

The Swiss justice ministry granted a request for legal assistance in the case involving Gulnara Karimova in June.

A spokesperson from the justice ministry would not put a number on the precise amount that has now been frozen, but said it is less than $640 million (CHF 598 million), a figure that was reported by the Wall Street Journal newspaper. More than CHF 800 million has already been put on ice by the Federal Prosecutor’s Office.

An ongoing investigation by the federal prosecutors has been looking into Karimova’s finances since 2012, focusing on how Uzbek telecommunications contracts were allocated, and what Karimova’s role was. Just five days ago the prosecutor’s office said they had widened their investigation into six people on suspicion of money laundering and document forgery in the case.

Karimova is a former permanent representative to the United Nations in Geneva. The police carried out a raid on her mansion in the city in 2013 while searching for evidence in the case.