Ruling next month on Canadian citizens’ challenge to FATCA 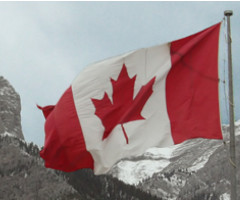 Two US-Canadian dual citizens will next month learn the outcome of their legal challenge to the Canadian government’s implementation of the US Foreign Account Tax Compliance Act (FATCA).

FATCA requires banks in every country to identify their US clients and report their accounts to the US Internal Revenue Service (IRS), either directly or indirectly through the banks’ own domestic tax agency. In February 2014, the Canadian government signed a ‘Model 1 agreement’ with the US requiring Canadian banks to make FATCA reports to the Canada Revenue Agency (CRA), which will automatically forward the information to the IRS. This agreement was later translated into Canadian law through implementing legislation.

In August last year, two women, Gwen Deegan of Toronto and Virginia Hillis of Windsor, launched a challenge to this law. Both are US citizens by birth but have lived in Canada since infancy and have no US passport, but are still liable to US worldwide taxation and FATCA reporting requirements.

They claim the law contravenes the US-Canada Treaty, which prohibits the exchange of the type of information specified by FATCA. They also allege it contravenes Canada’s Constitution Act and Charter of Rights and Freedoms.

The Federal Court of Canada has now heard oral arguments and will issue a ruling on the case before 30 September, with 15 September the most likely date according to the Financial Post. The federal government has agreed not to pass on FATCA information before that.

If the court overturns the inter-governmental agreement, Canadian banks will have no easy way of complying with the FATCA reporting regime. If they attempt to disclose their US clients’ account details direct to the IRS they are likely to be challenged under Canada’s privacy legislation. If they do not disclose the information required, they may then be forced to pay the non-compliance penalty specified by FATCA – a 30 per cent withholding tax on all their US-sourced investment income.

However, appeals will certainly follow the first-instance outcome, whatever it is. In the meantime the Canada Revenue Agency will not be able to pass on the banks’ FATCA disclosures to the IRS.