APNs: can taxpayers avoid the immediate obligation to pay? 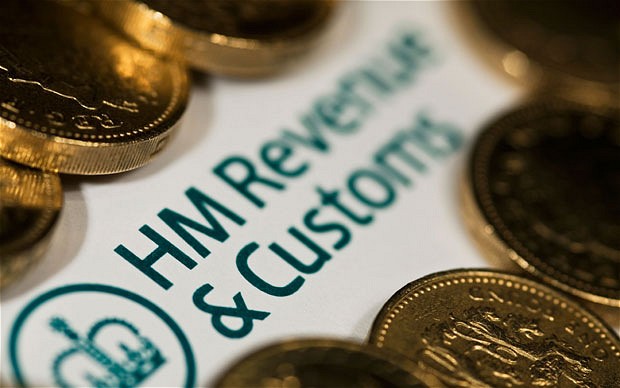 Anecdotal evidence suggests that the introduction of follower notices and accelerated payment notices (APN) (and the similar partnership payment notices) in FA 2014 is having a significant impact upon a large number of taxpayers. HMRC’s rolling programme of issuing such notices has left many individuals facing ‘tax bills’ much sooner than they might otherwise have anticipated, with all the issues that can bring. The policy rationale for these notices, namely that the legislation is intended to counter a perceived advantage enjoyed by alleged tax avoiders of being able to hold onto disputed tax until their case is resolved, is well known. However, some might argue that such a policy ignores the fact that either the statutory date for payment has not arisen; or that payment has been postponed because there are ‘reasonable grounds’ for believing that the tax is not due. Nevertheless, the legislation is being implemented and thousands of notices are being sent out.

Public law challenges to this legislation have commenced; this article does not consider the merits of those challenges. However, the question remains as to whether there is any way to mitigate the rigour of these notices whilst the challenges are being worked out. This article focuses on APNs (as opposed to follower notices, where some of the legislative provisions are different); and considers one possible route that has been explored by some litigants. (Statutory references in this article are to FA 2014 unless otherwise indicated.)

Broadly, HMRC may give an APN to a taxpayer if three conditions are met:

The APN must specify the amount of disputed tax that must be paid (s 220). (There are somewhat different rules depending on whether the APN is given during a tax enquiry or if there is a pending appeal; however, the essence of the APN is the same in each case.)

There is no right of appeal against an APN. The recipient does have the right to make ‘representations’ about the APN, but only on the limited grounds that one or more of the three conditions listed above are not met; or in objection to the specified amount for payment. Such representations must be made in writing within 90 days of the date on which the APN is given (s 222). HMRC must consider these representations and determine whether to confirm the APN (with or without amendment, including an amendment to specify a different amount for payment); or to withdraw it. It must then notify the taxpayer of its decision (s 222(4)).

Getting your money back

The 2014 legislation is prescriptive and tightly drawn. The processes of the underlying tax enquiry or pending appeal about disputed tax are not affected; however, the recipient of an APN may be ‘out of pocket’ for quite a while. Normally the legislation provides (for example, TMA 1970 s 56) that the unsuccessful party in a tribunal or court appeal must pay (in the case of a taxpayer) or repay (in the case of HMRC) the tax involved notwithstanding a further appeal. If the taxpayer was successful in the appeal to the First-tier Tribunal, for example, the taxpayer might therefore anticipate recovering the amounts paid under the APN. The 2014 legislation, however, permits HMRC to apply to the tribunal or court for permission to withhold any repayment due, consequent to a decision pending a further appeal; or to require the provision of security by the taxpayer before any repayment is made (s 225).

In an extreme case a taxpayer may be unable to get their money back for a number of years, even if they are successful in one or more stages of their tax appeal. It is perhaps noteworthy that in HMRC’s issue briefing of 3 November 2014, Tax avoidance scheme users to make upfront payments, the department claims to be successful in about 80% of avoidance cases that go to litigation. This figure is not disputed, but it is notable that even on HMRC’s own estimates approximately 20% of appellant taxpayers may be unable to get their money back until their appeal is finally determined in their favour.

Can the APN obligation be mitigated?

HMRC’s guidance clarifies that any representations made by a taxpayer against an APN will be considered by an independent HMRC officer unconnected with the team which issued the notice. HMRC does take this sort of process seriously. Under an APN where representations have been made, payment is not due until 30 days after HMRC has notified the taxpayer of its decision in respect of those representations; therefore, any delay by HMRC in considering representations would provide taxpayers with some respite. Given the number of notices being issued under HMRC’s rolling programme, it is possible that HMRC will be facing a significant number of representations. Resourcing might have an impact here. However, as the obligation to consider representations is a duty imposed by statute, normal public law considerations (and HMRC’s policy intention) should mean that the duty is carried out with reasonable expedition.

To date, judicial review applications have been commenced by at least two sets of taxpayers in relation to notices served on them. It seems that both applications relate to partner payment notices, but it is not thought that anything turns on that detail for immediate purposes. This article does not seek to comment on the merits of those applications or their likelihood of success, but both cases involved an application to the court for interim relief. The first application, in Nigel Rowe and others v HMRC, was heard by Mrs Justice Simler on 26 March 2015, but was unsuccessful. The decision is unreported. However, a transcript of the decision of Mrs Justice Laing in the second case, Dunne and Gray v HMRC [2015] EWHC 1204 (Admin), is available.

The interim relief sought was essentially an order to prevent HMRC from taking any steps to progress the notices issued until judgment was given in the judicial review application; in particular, it sought to prevent the start of time running for payment purposes. The order sought would have specifically prevented HMRC from issuing penalty assessments pending determination of the judicial review application.

HMRC’s position in the application was that it would agree to interim relief by which, insofar as the applicants demonstrated hardship, the department would not take steps to enforce the notices without first applying to the court. However, this potential concession was to be without prejudice to HMRC’s ability to take all steps – namely, to issue further notices, determine written representations, issue notice of penalty, etc. – short of enforcing payment under the notices. This proposed concession was not acceptable to the applicants.

The taxpayers’ essential arguments in favour of the grant of interim relief were that if after considering their representations HMRC decided not to withdraw the notices, the applicants would have two choices, either:

The potential penalties would have amounted to approximately £50,000 for each applicant. This dilemma, it was argued, amounted to imposing a premium on access to justice.

For the judge, the real issue was whether the court should grant interim relief, which directly interfered with the performance by HMRC of duties imposed on it by Parliament. She was doubtful whether such a power existed in the court; but, even if it did, the judge decided that she would not exercise it in this matter. Her view was that:

Where does this leave us?

At present, the policy of removing a perceived cash flow advantage for (broadly) users of tax avoidance schemes by compelling them to pay the disputed tax ‘upfront’ remains undamaged.

However, this does leave recipients of APNs with a potential dilemma. The cases have confirmed that judicial review is a potential way of challenging these notices; at least, permission to bring the applications has been granted. However, the courts have so far declined to suspend the operation of the notices pending the determination of the judicial review applications. This means that late payment penalties would be ‘clocking up’.

Although the judge did refer to the possibility of a ‘reasonable excuse’ defence against the imposition of any penalties, such a defence may not succeed if the reasonable excuse was the simple fact of having brought the judicial review proceedings. While it might not enforce any liability, HMRC is likely to take steps to protect its position. Equally, it is unclear why HMRC would agree to delay making a decision on a taxpayer’s representations and so prevent a payment date arising.